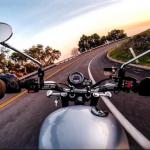 For generations, motorcyclists have ridden the open roads of every corner in the nation. Since the introduction of internal combustion motorcycles in 1885, the world has loved the idea of the two-wheel motorbike. It’s freeing and exhilarating unlike any other vehicle that exists. Its popularity has only grown over the centuries and is still an enormous industry. The Motorcycle Market in... ❯❯❯

How Battered Woman Syndrome Could Backfire in Courts 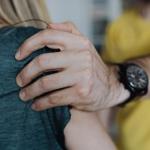 Battered woman syndrome (BWS) is recognized as a legitimate mental disorder and a subcategory of post-traumatic stress disorder. It is often used as a defense in court for women in abusive relationships who killed their husbands. However, it can backfire if there was no immediate episode of abuse that immediately preceded the murder. How Do People Get Involved in Abusive Relationships People... ❯❯❯

How Mediation Can Help Resolve An Employment Law Dispute

When it comes to working as an employee and following the norms and regulations of a corporate environment, many things can go awry from any employee's perspective. Thus, corporate or employment disputes are bound to take place. And as you know, any disagreement or argument is detrimental to the mental and physical health of both the parties involved.  In particular, if we consider the... ❯❯❯

Tips for Hiring an Employment Lawyer

There are many different reasons why you might need to hire an employment lawyer, whether you’re an employee on your company’s payroll or are actually running a business, an attorney can be very useful to you in many cases.  It’s also important to be aware of when you might need to have the support of an employment lawyer as timing might make all the difference between an... ❯❯❯

4 Questions to Ask Yourself Before Hiring a Lawyer 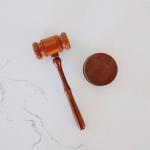 Image Source: https://unsplash.com/photos/6sl88x150Xs Whether you got involved in a car accident or experienced a loss in the family, incorporating lawyers into a situation can be daunting. When most people think about lawyers, they think about hefty fees, messy situations, and complicated processes. In reality, lawyers are intelligent experts who are here to ensure that justice is delivered to... ❯❯❯

Should I talk to a lawyer before doing a blood test after a DUI arrest?

Although almost no one plans to be arrested for a DUI, unfortunately, things happen. There have been plenty of otherwise careful and responsible drivers who ended up dealing with a DUI charge at one point in their life. While getting a DUI is far from a death sentence, it can serve to complicate your life for many years to come. Therefore, if you are facing such a charge, taking the time to... ❯❯❯

3 Questions to ask before you hire a personal injury lawyer

When you are suffering from a personal injury, you may not feel like taking the time to find the right lawyer for your case. You will find it worth your time though, to find the right lawyer, and finding the right one can make a huge difference in what you will get as compensation for your injury. Being injured, especially when it is someone else's fault, is traumatic. It is important to find an... ❯❯❯

How common is it to file bankruptcy for unpaid medical bills?

In the United States, the cost of healthcare is skyrocketing and remains one of the biggest financial obligations that most people have. According to the Centers for Medicare and Medicaid, national healthcare spending may reach $6.2 trillion by 2028. Many patients today are overwhelmed by the burden of paying their hospital bills, which begs the question, how common is it for people to file for... ❯❯❯

How to fight an unfair discharge from the military

Were you discharged from the military? Are you wondering what your next option is? If so, you've come to the right place. Here's a look at how one may be capable of correcting a bad discharge from the military. How One Corrects A Bad Discharge Over 200,000 members of the military had been discharged in the fiscal year of 2014-2015, yet nine percent of these individuals fell under conditions that... ❯❯❯ 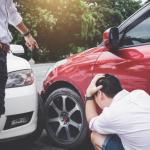 If you’re a licensed driver, you probably understand that driving is something you need to take seriously. When you hop behind the wheel and fire up that engine, you’re operating a multiple-ton vehicle. If you decide to break some traffic laws, you endanger yourself and other drivers, pedestrians, cyclists, etc. If you follow fundamental traffic laws and best driving practices,... ❯❯❯