The Crimes of Walter White: His Major (and minor) Criminal Charges 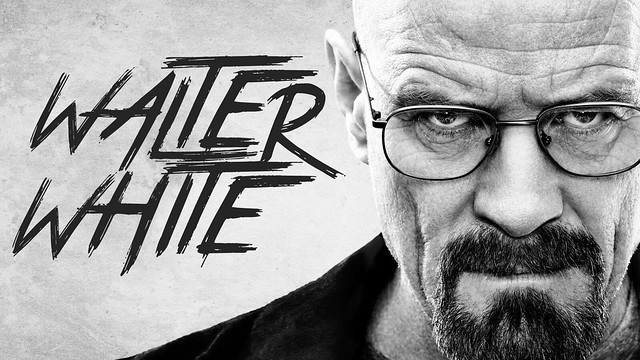 Walter White, the villain protagonist of the award-winning television series Breaking Bad, accumulated a long rap sheet over the course of the series' five-year run. His path to earning the eighty million dollars he earned by the time he retired was long and bloody. We asked, Dallas criminal attorney, Barry Bobbitt to help us evaluate Walt's criminal activities and determine what he would be charged with. Here is a look at his crimes, major and minor.

Even Walt's minor crimes were felonies. These crimes were not violent or drug-related but still would have racked up time in federal prison.

Blackmail was Walt's first crime depicted onscreen during the series. Walt approached Jesse Pinkman and threatened to turn him in to the police for his involvement in a recently-busted meth operation unless Jesse cooked meth with him and helped him sell it. Withholding information on Jesse's meth manufacturing operation from authorities for his own material gains could have resulted in one year in prison or a fine for Walt.

Walt and Jesse committed breaking and entering and grand larceny in order to get a barrel of methylamine. Breaking and entering is a fourth degree felony in New Mexico. Assuming the actual value of the methylamine was between $2,500 and $20,000, Walt could have been charged with a third degree felony. However, since the methylamine was used a precursor to manufacture meth, it is likely the charges for stealing it would have been stiffer.

Manufacturing a controlled substance is Walt's raison d'etre, the crime he commits in order to provide for his family after his death of lung cancer and the crime to which all of his other crimes are connected. Federal mandatory minimum sentences related to the manufacture and distribution of methamphetamine impose a term of at least five years in prison. However, by the time Walt decides to retire blue sky meth for good, he has made over $80 million from the manufacture of at least 6,000 pounds of meth, an amount that likely would have netted him a lifetime prison sentence.

Money laundering is the act of funneling drug money through a licit enterprise, like the car wash that the Whites owned, in order to be able to report the money as taxable income. Walt, like real-life drug kingpins, laundered his money so that he could spend it without arousing suspicion from the IRS and making it more likely that authorities would discover his illegal activities.

Building a bomb to blow up the nursing home where his boss-turned-nemesis, Gus Fring, had entered would have earned Walt several charges, including use of a weapon of mass destruction as well as the murder charges for killing Gus, his enforcer Tyrus Kitt and former Mexican drug boss Hector Salamanca.

Walt endangered a child by poisoning Brock Cantillo, the son of Jesse's girlfriend Andrea. Prosecutors may have charged him with attempted murder as well.

Walt committed concealment of a dead body in some of the murders he was directly involved in, including Emilio Koyama, Krazy 8 and Drew Sharp.

The murder charges against Walt, including conspiracy to commit murder and hiring contract killers, would almost assuredly have earned him several life sentences if prosecutors could prove his involvement in the murders. While Walt's actions led to the deaths of about 200 people during the course of the series, most of whom were killed in the Wayfarer 515 air collision in season two, prosecutors could likely only connect him to a handful of murders with Jesse's testimony. Jesse implicated Walt in the murders of Emilio Koyama, Domingo “Krazy 8” Molina, two unnamed drug dealers, Gale Boetticher, Gus Fring, Tyrus Kitt, Hector Salamanca, Drew Sharp, Mike Ehrmentraut and ten potential witnesses to the prosecution who were imprisoned.

Barry Bobbitt is a Dallas based criminal lawyer and has worked on thousands of criminal cases including Drug and DWI, traffic ticket defense, and personal injury cases. Connect with him on Facebook.