How To Profit From Legal Inside Information Using The COT Report

Do you know that you can profit from trading using inside information legally? In this article, I will show you how to do that using the COT report. 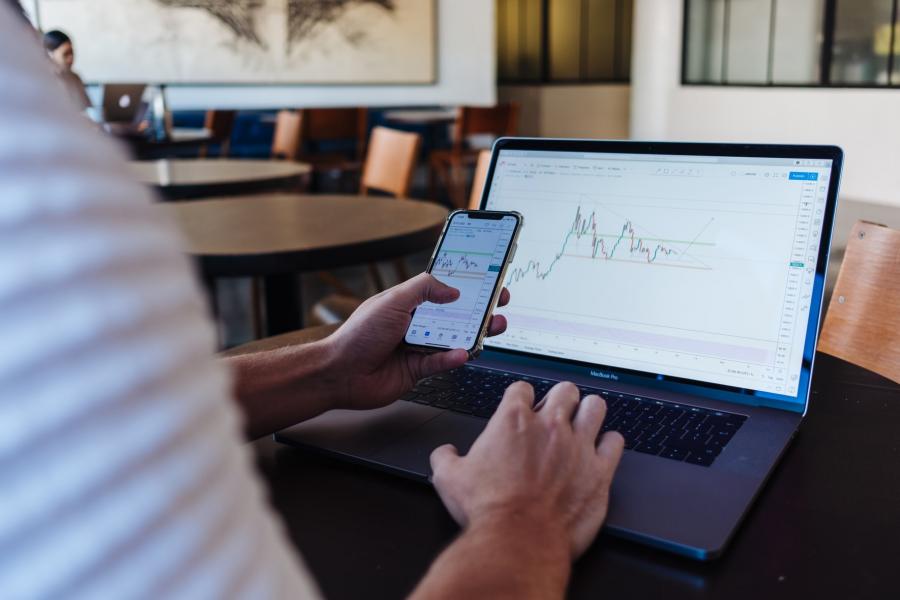 The Commitments of Traders report (COT) is a weekly government report that is extremely valuable in knowing what the "smart money" is doing in various futures markets. There is a report for each futures market. Although COT reports have been around for years, the average investor not only doesn't know how to use it, but doesn't even know that it exists.

How To Read The COT Report

Here's what happens -- the government, specifically the Commodity Futures Trading Commission (CFTC), requires all those who hold a number of futures contracts above a specified limit to report their positions. For example, the threshold limit for S&P futures is currently 1,000 contracts. So only the really big players have to report. But they hold 70% to 90% of all outstanding futures contracts.

The report is released on Fridays (except for holidays) based on data as of the previous Tuesday. So the information is released three days after the fact. That's OK, because it's timely enough to be valuable.

The column headings at the top of the report will be labeled NON-COMMERCIAL, COMMERCIAL, and NONREPORTABLE POSITIONS.

When an account is reported to the CFTC as holding positions above the specified reporting level number of contracts, the CFTC determines if the account is a commercial hedger or a large speculator.

The CFTC classifies a futures account that meets the reporting level as a "commercial" when that account holder files a statement with the Commission that states it is commercially engaged in business activities hedged by the use of the futures markets. They're the ones that we're most interested in. For example, the commercial traders of S&P futures are the largest institutional players like banks, pension funds, mutual funds, hedge funds and the trading arms of Wall Street firms.

Those classified as non-commercial are "large speculators." They don't deal with stocks as a part of doing business. An example of a large speculative account might be a large commodity pool (a fund) that trades futures for speculative profit. Managed futures accounts have grown into the billions of dollars and if they meet the reporting levels, their positions would be reported to the CFTC for monitoring.

All traders, speculative and commercial, that have smaller positions than the reporting level are considered the "small speculators." In other words, they're everybody else who participates in the futures markets -- the proverbial "little guys."

Although you can download the COT reports directly from the website of Commodity Futures Trading Commission (CFTC), the data format is hard to read and difficult to analyze. Fortunately, there are some third-party services that provide COT reports with much more readable data as well as interactive charts. In my opinion, the best website for COT report is Tradingster. This website displays COT reports in much better formats and it also shows many different types of charts for users to analyze the COT reports. In addition, you can get COT report's historical data on Tradingster as well.

For example, below is a screenshot of the COT report for Gold from Tradingster:

To know how to use the COT data, it's important to take a closer look at the three types of players that are the report's focus -- the commercial trader, the large speculator, and the small speculator. We want to know what makes each of them tick.

Commercial traders dominate the market. That fact really shouldn't be a surprise to anyone given the nature of who the commercials are. For example, in the S&P futures market they are banks, pension funds, mutual funds, Wall Street brokerage houses and the like. They have vast research departments and have inside information that simply is not available to the average investor in a timely manner.

They also dominate because of their sheer size. They are so large that they actually become the market. So the commercial traders are the ones that we're most interested in. We want to try to determine what they're doing and tag along. History has shown that the commercial traders in most futures markets for that matter are right a great deal of the time. And when they're wrong, they are rarely wrong for very long. They will eventually end up on the right side of the market, whether it be on the upside or downside.

The large speculators tend to be trend followers. After the market has established a trend up or down, they will go the direction of the trend. It's interesting to know what they're doing in the market, but it shouldn't be critical to your decision making process.

The small speculators are usually on the wrong side of the market. In fact, it has been estimated that as many as 90% of small traders lose money in the futures markets. They tend to serve as "cannon fodder" for the big commercial traders. After all, the "smart money" has to have someone to take the opposite side of their trades. The small speculator is usually willing to accept that roll. Think of the Harlem Globetrotters vs. the Washington Generals. The commercials are the Globetrotters. The small speculators are the Generals -- the patsies who are bound to lose.

The commercial traders are the ones to follow. They're the smart money. When they have an extreme long or short position in relation to their positions in the past, it is a reliable indicator of market direction.

If you are a trader and you want to profit from legal inside information, COT reports will be a very valuable resource for you.