Dealing with a DWI Charge

Despite the risks associated with driving while under the influence of alcohol or other drugs, a significant number of people choose to get behind the wheel when they’re impaired. As well as risking the lives of other road users, their conduct also puts their freedom, well-being and professional reputation in jeopardy. 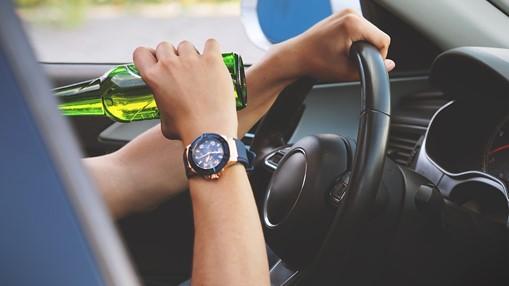 Being charged with driving while intoxicated (DWI) carries harsh penalties. Depending on the specific DWI charge you receive, the maximum penalty can be as high as seven years in jail, fines of up to $14,000 and the revocation of your license.

However, being charged with a DWI needn’t have a long-term, negative impact on your life. While the charge will, hopefully, encourage you to avoid getting behind the wheel while intoxicated in the future, it doesn’t have to prevent you from moving forward in relation to your career and family life.

One of the first things to establish following a DWI charge is exactly what you’re being charged with. There are five DWI offenses in Minnesota, ranging from a misdemeanor to a felony. When you contact a reputable criminal defense law firm, like Lauren Campoli Criminal Defense, they will typically try to reduce your charges. This reduces the maximum penalty associated with the charge and, therefore, lessens the severity of it.

By reducing a DWI charge from a fourth degree DWI to a second-degree DWI, for example, the potential penalty is reduced from a maximum of 7 years in jail with 5 years condition release to a minimum 30-day jail term. Similarly, the maximum fine is also reduced from $14,000 to $3,000.

Alternatively, your criminal defense lawyer may try to have your charges dismissed entirely, depending on the evidence that’s being presented, in which case you’ll have no case to answer to.

When you’re charged with a criminal offense, you have the right to plead guilty or not guilty. If you choose to plead not guilty, your case will proceed to trial. However, pleading guilty in the early stages of the process can sometimes be the better option. If prosecutors are willing to offer you a lesser charge in exchange for a guilty plea, for example, you may decide to accept the charge, rather than risk a higher penalty by taking your case to court.

Most people charged with a DWI are primarily concerned with avoiding jail time. While your legal team will work hard to help you achieve this goal, there are also other ways they will attempt to reduce the consequences of your charge.

They may negotiate for less probation time and/or fewer probation restrictions, for example, as well as enabling you to keep your driver’s license. With so many potential consequences flowing from a DWI charge, it’s easy for people to feel overwhelmed when they’re facing a criminal charge. With the right legal team, however, you can ensure that you’re well-represented throughout the process and that any punishment arising from the charge is kept to a minimum.