Can a Divorce Lawyer Drop a Client? 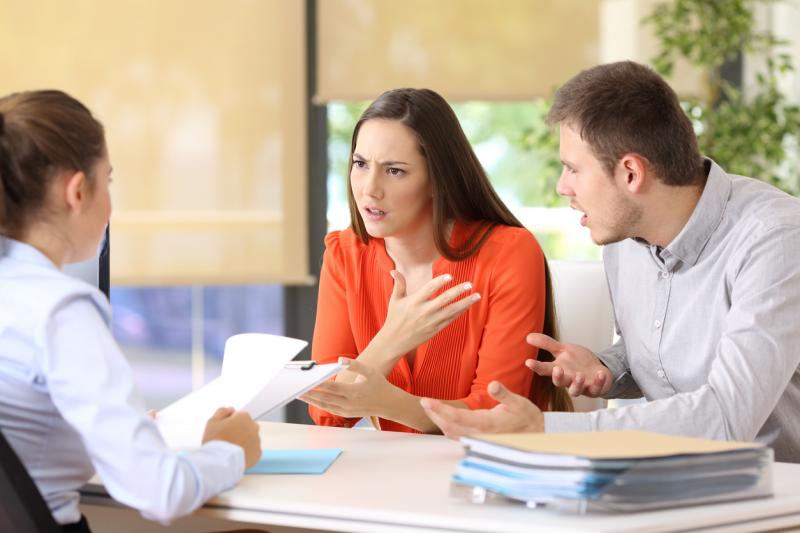 Attorneys and clients end up forging a special type of relationship as they're working together. There are certain levels of trust there that are developed. After all, as a client, your lawyer ends up knowing more about you than many other people, including perhaps your spouse. So there is certainly some trust that must be fostered in such a relationship. However, it's not as if lawyers and their clients are actually friends. Once the legal relationship ends, the two parties typically part ways and have no further contact with each other. Though what about during the actual relationship? We all know that a client can fire or decide to change their lawyer, but can a lawyer actually dump a client?

While it isn't something that happens all the time, a divorce lawyer can drop a client for all sorts of reasons. It is in no way unethical or illegal either; it is the privilege of the attorney taking the case as to whether or not they represent a client. If there happens to be any sort of bad blood or other issues, your attorney could flat-out stop representing you. There typically aren't any refunds or second chances. If a lawyer wants to part ways, that's basically the end of it. Here are some of the reasons that might cause a lawyer to drop a client.

Reasons a Lawyer May Drop a Client

A Lack of or Conflicting Documentation

When you're going through divorce proceedings, there is a lot of documentation that needs to be looked at and filed. Tax forms and income and insurance claims, and all sorts of other forms need to be presented. The spouse on the opposite side has a lawyer requiring all of this to be filed. If the documents are fake or not presented at all, a lawyer could just get tired of dealing with it all and drop their client. There are certain expectations in a divorce that the client has to live up to.

A Failure to Make Payments

Most lawyers understand fully that their entire fee cannot be paid upfront. This is especially true when dealing with a divorce lawyer. They understand how hard things are on you right now. However, they will still expect you to make payments on a set schedule. If you are not living up to your end of the bargain, the lawyer may almost certainly drop you as a client, keeping the money you have already paid in for services rendered.

A Conflict in Strategy

There are times when one of the parties being represented in the divorce has their own ideas about how to proceed. More often than not, the lawyer seeks to accommodate your wishes. However, if you set a strategy with your lawyer, and then you decide to start sharking things up with new strategies as the client, this can cause you to bump heads. If it keeps going sideways, the lawyer will just withdraw from it all. There's no reason for the attorney to continue in such a matter.

A Conflict of Interest

While this is very rare, it could be the case that your lawyer ends up finding some conflict of interest while pursuing your case. Again, this is rare, but the slightest bit of previous contact could mean that your lawyer isn't entirely impartial. It could be something as simple as having had a previous consultation with your spouse.

When you're involved in a divorce, there could be a lot of things on the line, such as a lot of what you own in terms of assets and even your children. Some clients will take to acting irresponsibly. They might start drinking or having some run-ins with the law. Your lawyer is trying to do whatever he or she can to help you out in this divorce, but irresponsible behaviour may be making that impossible. A lawyer could certainly drop a client for such behaviours.

Keep in mind that divorce law is civil, not criminal, and so there's nothing written that says you are entitled to a defence. If you are making it difficult for a lawyer to represent you, they may just drop you and move on. So be aware of this fact.