What Is a Petty Crime and Does It Make Me a Criminal? 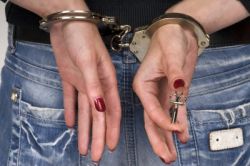 We all know that public drunkenness, pick pocketing and other such crimes are punishable by law. They carry fines and are considered criminal offences but are not severe enough to be deemed as major offences. The name given to these smaller crimes is petty crime, and laws vary widely on this subject. Here is what you need to know about petty crimes, what are the punishments awarded, and the legal requirements used to deal with them:

Petty Crimes Are a Legal Offense

Petty crimes are recognized by law as a misdemeanor, which means that they are punishable by law but are not considered as a felony. Crimes are segregated into either major offenses, often referred to as felonies, and minor offenses, known as petty crimes.

Depending on where you live, the offenses that are considered petty crimes are different. For example, prostitution is considered a major offence in some countries, while it is a minor offense in others. Even within the United States, the state laws vary widely on this subject. What constitutes a petty crime is arbitrary, but a general example is pick pocketing. It is best to consult the local law to determine the offenses that fall under this category.

Depending on the jurisdiction of the area in which you live, you may or may not have the crime put in your criminal record. If the law in your state recognizes petty crime to be offences that are less severe than a misdemeanor, you are in luck. In areas where petty crime is regarded to be a separate category, it is usually omitted from the criminal record.

The most common punishment for a petty crime is a fine that the guilty individual has to pay. Even in the most severe cases, the individual may have to appear only in the lower courts. Most offences do not require a court appearance, but this varies according to that local law.

You Won't Need a Lawyer

Unlike felonies or more serious offences, petty crimes do not have drawn out legal procedures. In most cases, the guilty individual will not need to hire a lawyer, and any court appearances will be before the judge. The judge will hear the case and award the punishment. While this may seem as an infraction of the basic rights of a defendant, the small nature of the crime and relatively small fine does not require such expenses.

Punishments for a Petty Crime

Petty crimes do not have long jail terms in most cases, and incarceration is reserved for the serious petty crimes. The individual is given a fine, small jail terms, or a prescribed amount of community service. The law often limits the maximum amount of punishment that can be awarded for any offense, so even the most serious petty crime will have a limit on the punishment that can be awarded.

Francis Maxwell is a freelance writer for a bail bonds Santa Ana business. She regularly blogs on crime and bail, and contributes to many websites in her free time.