Techniques That Clever Lawyers Use To Help Persuade A Jury

Lawyers throughout time have been portrayed as being clever, witty, and at times, even quite nefarious. Though, they all do not practice such shady arts in the courtroom, there are a definite few who will make attempts at black-hat tactics to win a case. Most lawyers are probably already aware of these various strategies, but regular folks should also know them as well. The reason being that in the event that you or a loved one does have to go to court, it’s better to know the potential tricks that can be played than to be left baffled while in the heat of battle.

Dress Attire:A common theme that lawyers try to play into is making the defendant look as helpless and harmless as possible. This can be done a few ways, and is partially dependent on the crimes they have been accused of. 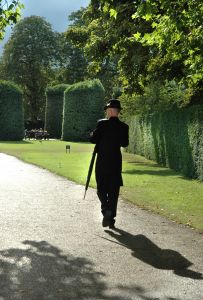 For example, having a defendant wear a pair of glasses is a common ploy that hopes to play the weak and meager hand. Glasses tend to make a person look less aggressive and threatening to a jury.  So if a person has been accused of a violent crime, glasses would oppose that accusation. At least on the surface it would.

The overall outfit that is worn obviously plays a part on how a person is viewed. If a someone is being charged for embezzlement or fraud, they wouldn’t want to show up to court wearing a $10,000 suit. Rather, a more humble ensemble would probably help them more. Suits make a person appear more severe, stern and plotting. None of those characteristics help you portray a different image than the type of person who would steal and swindle.

Time Of Day:Preferably you want to schedule your hearing in the early morning, or immediately after lunch. The reason being that people are groggy and less adept in the morning. The same can be said after lunchtime, but that’s due to the sedated feeling brought on after eating. Either way, the mind is less likely to work its way through a problem, and simply listen to what is being told. Meaning that in the end, they are far more persuadable.

Cocky Witnesses: Most people don’t like it a person is arrogant, but that is not the case in courtrooms. A witness who is timid, softly spoken, and seems to say what wants to be heard is far less reputable than desired. You want someone who says what they feel and believe with conviction, and a voice that carries for miles. This tells the jury that this person means business, and they know what they are talking about.

Gift Of Gab, And A Lucid Golden Tongue: It has been proven that those who speak quickly, efficiently, and relentlessly seem to have more knowledge at their disposal than those who slothfully make their way through sentences. There are a few reasons for this. One is that the more information you offer up, the more informed you appear to be. The second is that, the more facts mentioned, and questions asked leaves the opposing attorney less time to make their own statement. They are too busy dealing with all the things you have said.

If You Are Found Guilty, Apologize Like You Mean It: Even if you are found guilty of the crimes brought against you, there is still the sentencing to be issued. Prior to this, considering you are already found guilty, genuinely apologize to the entire court. If anything, you may be able to play the sympathy card to receive a reduced sentence of some sort.

Upsetting The Witness: There are various tactics that can be implemented to upset a witness and throw them off their game. When announcing or speaking to a witness, simply mispronouncing their name immediately leaves a bad taste in their mouth, especially if they end up having to correct you. In the end, the idea is simple. If you can upset the witness enough to make them angry, then they may end up saying something that they shouldn’t. Generally, just loosing your cool is a bad sign, and reflects poorly upon you.

Another thing they may attempt to do to make a witness loose their cool is attack their credibility. It’s easy to attack a person’s credibility when all you really have to do is put it to question. Simply questioning whether what a person is saying is true or factual is enough to set some into a fury. As though what they originally said wasn’t good enough or perhaps untrue.

No body liked to be interrupted, and when the pressure is on in a courtroom, it can really throw a person off. Often, if a lawyer doesn’t like where a witnesses answer is taking them, they will switch directions by interrupting the statement and forcing another question. If this happens too many times, a person is liable to become rather frustrated when what their saying isn’t being heard, or is considered irrelevant.

Getting The Witness To Volunteer Information: A common strategy lawyer’s use is attempting to get a witness to volunteer information they otherwise wouldn’t have to provide. Especially anything incriminating that can be conjured out of them is especially wanted. They may ask a witness what they believe “may” have happened even though they don’t know. But by offering up assumptions, they may play into the attorney’s hands. There should be little “guess work” during a trial, and anytime a lawyer asks a witness to guess at something should throw a flag up. A witness doesn’t have to guess to anything as a guess, or assumption, means little.

Hopefully this article will have highlighted a few of the tactics lawyers may use in the courtroom. What should be noted here is that these things are not limited to a courtroom. They can be implemented during everyday activities, and by anybody who cares to use them. So be mindful and aware when you notice any of these things occurring, as something may very well be amiss. The scent to be cautious doesn’t always blow in the wind, so stay on your toes, and stay out of trouble.

The author of this article is Damien S. Wilhelmi. If you enjoyed this article you can follow me on twitter @FacePalmLaw. If you have been in a trucking accident and live in Colorado, than you should consider finding a proper Denver Truck Accident Attorney.