Getting Ready for a DUI Arraignment

Being especially careful while driving isn't a hundred percent assurance that you won't be getting into a road traffic accident. There are several external factors to consider, such as the driving methods of other vehicle operators, road and weather conditions, or even careless bystanders or pedestrians. If you do get into a serious automobile accident or if you get caught driving under the influence, you will most likely need to defend yourself in court. But before a formal hearing, you will first go through the arraignment process.

What is an Arraignment?

Before courtroom proceedings start, an accused is given the opportunity to understand the charges against him, and clarify other issues that aren't clear to him. This short hearing before a judge is known as an arraignment. Here, the accused could request the presiding judge to explain legal proceedings and regulations, and he could also ask his lawyer to expound on the motions that he plans to make. Arraignments typically occur within 48 hours after arrest. However, lawyers for the defense can delay an arraignment schedule if they think that it will benefit their case. 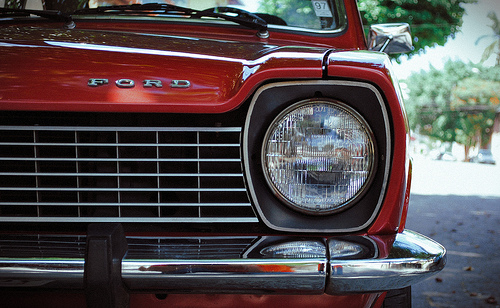 What Occurs During an Arraignment?

A number of vital events occur during an arraignment. It is often a speedy process since an officiating judge usually has several cases to hear in a short span of time. During an arraignment, the following events typically occur:

- A person is formally charged of a crime. At this point, the person becomes a "defendant." The defendant then responds to the formal charges read by the prosecution. Oftentimes, defendants plead "not guilty." There are actually several issues regarding "not guilty" or "guilty" pleas. Some people may prefer pleading "guilty" so that legal proceedings will be quicker. Someone who is considering pleading "guilty" should seriously think first before uttering the word because he'll most likely get a criminal record if he chooses to do this. In addition to this, punishment is more serious, such as longer jail time or more costly fines. As for someone who pleas "not guilty", the process he'll go through will be longer. But sacrificing time and money will all be worth it once the defendant is proven not guilty. In case he is going to be punished, penalties are reduced as well.

- A person could ask the court for legal counsel if he doesn't have an attorney yet. Most states will provide a court-appointed lawyer, also known as a public defender, especially for those who do not have or cannot afford legal aid. Still, obtaining a court-appointed lawyer isn't always that simple because some states first determine if an accused is qualified to get one or not. In case a person does need an attorney and he has the means to hire one, it is best to seek out a lawyer who specializes in DUI cases. An accused should also find legal representation before the schedule of his arraignment.

- During an arraignment, the judge discloses how much the bail amount is. Legal counsel for the prosecution and defense can request for the bail amount to be lowered or increased. The judge also sets up the schedule for other court proceedings, like preliminary hearings or the formal trial.

Claire Duvall writes for legal websites and expert criminal attorneys, including Elliot Savitz. Mr. Savitz is a criminal lawyer who specializes in negligent operation, driving after suspension or revocation of license, and other serious criminal offenses. He also has experience in dealing with arraignment Massachusetts.