How to Beat an Assault Charge In New Jersey 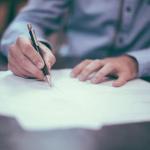 Assaults are considered severe crimes in New Jersey, where a simple assault charge can land you in jail for six months or attract thousands in fines, while aggravated assaults carry more severe penalties. In New Jersey, assaults are classified as either simple assaults or aggravated assaults. Apart from a jail term and a fine, the offense can attract other penalties such as restitution,... ❯❯❯

How long does it take to get divorced in NJ?

In many cases, a divorce is not the happiest thing to have to do. Even in amicable divorces, the people involved are still having to end something that, presumably, started out happier than it ended. Not only that, but the children in the most amicable of divorces are going to struggle to some degree as a result. One of the worst parts of the actual divorce process, however, is just how long it... ❯❯❯

How do you pick a personal injury law firm?

When trying to pick something out, there are varying degrees of importance for each choice one makes. Some choices, like what you get to eat, are fairly low-impact choices, but there are some that are much higher. For example, the choice of a personal injury law firm. Being that personal injuries are not simple, they are not convenient, they are not stress free. As a result, anyone who was a... ❯❯❯

How long does it take to get a personal injury settlement?

So, you've settled with the defendant for a sum of money in a personal injury case. Despite any obstacles that may have came up for you, you've managed to clear them and at least get part of what you were asking for. At this point, your next question should be: how long is it going to take to get the money that you are entitled to? This is a question with no one answer, and we will spend this... ❯❯❯

Do you need a trial lawyer for a family law case?

Dealing with legal issues is not fun at the best of times, and every aspect of it is a complex thing that requires someone who can understand the process well. This, however, is not required in every legal situation; for example, in a criminal case, a person may choose to represent themselves instead of having an attorney represent them. One question that may come up is whether one can represent... ❯❯❯

Do I Need a Lawyer for a Car Accident?

Following a car accident, you may feel like a broken version of yourself. You may have severe injuries and may even be experiencing confusion or other cognition issues due to a head injury. Additionally, you might be dealing with anxiety, depression, or PTSD. You may even have trouble working or need to take time off. In addition to injuries and mental health issues, legal concerns come with... ❯❯❯

5 Tips to Help You Survive a Divorce In California 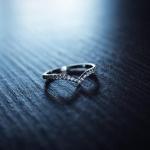 Photo Credit: Siora Photography (Unsplash) Relationships are difficult on their own, and ending them can be even more burdensome. This is never more true than in the case of a marriage, especially when there are children involved. Life throws us so many challenges, whether it be health problems, differences of opinion, or family politics, and all of these can put immense pressure on a... ❯❯❯

DUI or DWI Punishments and Penalties

People who are charged with driving while intoxicated or under the influence may have to face certain consequences depending on the state. Even though it’s clearly established that nobody should drive while they’re under the influence, some people are ignoring that and still take the risk. Therefore, punishments apply and if the person is found guilty, they will be penalized.  ... ❯❯❯

We all want to live a lavish life with a big house in the USA. But, is it so hard to get a dream come true? If you are an immigrant and you have moved your life to the US, there are a few things you may want to know before you turn over a new leaf. It’s a little bit harder to buy a house if you’re not a US citizen. This can be a result of structural discrimination against immigrants.... ❯❯❯

When starting a new business or growing an existing one, deciding on an image for that business is an important step. Part of this process involves choosing a name and a logo, and one or both of these will eventually become the business’s trademarks. As a business owner, here are five things you should know about filing a trademark. 1. What Is a Trademark? Legally speaking, a trademark is... ❯❯❯