Wrongful Death Is Becoming More Visible - Is The Law Changing? 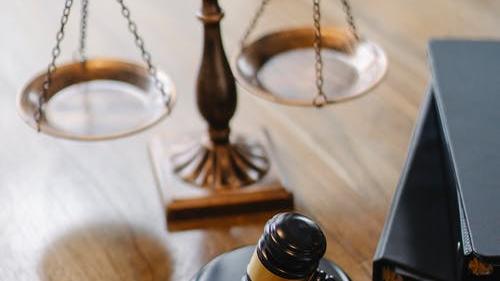 Wrongful death is an important part of the civil law framework in America. It enables private citizens to take action against any company or individual they feel has caused a tragic loss of life; the joint lawsuit being filed against Amazon following a warehouse collapse is a notable example of that, according to USA Today. What exactly constitutes wrongful death is a relatively fluid assessment in US law, and varies from state to state; but, over time, changes in how the law is applied can result in wider changes. A good place to look is in Texas, which has a relatively liberal approach to the law.

Texas is well known for taking the all-American approach to law; that is, where individual responsibility is everything. In addition to this, payouts can be huge. A wrongful death settlement in Texas is limited to $1,500,000 for families in non-economic damages; the other side of the coin can be far larger. In terms of the law itself, NOLO highlights that the law is remarkably broad in what it can establish as a wrongful death. An injury caused by another person's or entity's "wrongful act, neglect, carelessness, unskillfulness, or default," is a valid cause for a wrongful death settlement, and that encompasses a wide set of circumstances. Yet, even more liberal standards exist in other states, such as Pennsylvania.

Pennsylvania is notable for having seen the largest ever wrongful death settlement. Settled in 2018, it saw U-Haul pay out $160 million for two deaths in a food truck owned by them. While Pennsylvania has relatively strict laws and limitations on what constitutes wrongful death, this settlement nods towards the potential for due process. When wrongful death is fairly assessed, in a state with a positive view of the potential fairness of any result, the outcome can be beneficial for the plaintiff and render justice for both parties.

Is the law changing?

In general, settlements have been trending upwards, and the number of cases settled in favor of the plaintiff is increasing. This is seeing changes in the law. California, Washington and New York have all made amendments to their laws to correct imbalances in them. The process is becoming more rigorous, as a result, meaning that the evidential standard is higher, but it’s also becoming easier to bring cases against potentially negligent defendants. All in all, this is a positive change. It doesn’t unfairly prejudice either side. It simply opens up the amount of responsibility required by all parties, and ensures that the process is fairer.

While settlements might increase, that’s only happening when cases are being fairly argued. Law is changing rapidly to represent this necessary change in the fairness of the overall system. Business owners may be wary, given the apparent shift of burden. In reality, the system is becoming more balanced for all. That's good news for businesses and individuals alike.