First offenses are pretty different from a repeat offense. The possible sentences or penalties one might get depends on many factors. In most cases, the first offense is associated with less harsh punishment. If the crime committed is serious enough, the offender might get a much harsher statement or penalty or both depending on the case. Few things taken into consideration before giving a... ❯❯❯

Critical insights into the $1,400 stimulus checks for clarity

Biden Administration had asked approval for the $1.9 trillion Coronavirus relief package as a rescue plan. Both Democratic Senators and the House have given their nods. As soon as the support came, the American President kick-started the legislative formalities to release money.  It is the third stimulus payment to the American citizens ever since the pandemic wreaked havoc. The fund... ❯❯❯

Types of Wills: Which One is Right For You?

Your decision to have an estate planning attorney prepare a will is a good thing that is probably long overdue. Once it is completed, a will offers peace of mind knowing that the assets that make up your estate at death will be distributed according to your wishes. Now that you took the first step toward having a will, you should be aware of the different types of wills. Yes, there are different... ❯❯❯

When to Hire a Divorce Lawyer 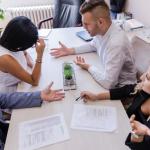 Divorce is something that every sane married person tries as hard as they can to avoid. There are financial issues, property issues, and far too often children in the mix whose lives become upended by their parents splitting up. So while movies and TV shows might make divorce look like something natural that people sail through with the same thought as which pair of jeans they’ll... ❯❯❯

How Can a DUI Lawyer Help? 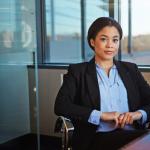 According to albertacriminaldefencelawyers.ca, hiring a DUI lawyer is one of the most important decisions you can make for your case. You need a lawyer who has experience and specializes in DUI cases. If your case goes into the criminal courts, your lawyer will prove invaluable in helping you maintain your freedoms. How a DUI Lawyer Helps  Your lawyer can immediately help you from the... ❯❯❯

The pandemic was a challenging time for most people. A majority of the people were working from their houses and were not allowed to leave. Whenever there was a spike in the number of COVID-19 cases, the Government would implement changes and national lockdowns so people could not leave their homes. The primary reason behind these lockdowns was to reduce the spreading virus, which spread through... ❯❯❯ 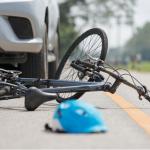 Have you been in a bicycle accident? Many cities have taken measures to keep their roads safer for cyclists, including adding bike lanes and other safety features. Still, 2015 saw around 45,000 bicycle accidents, causing many injuries. These injuries often result in the bicyclist facing steep medical bills and possibly even time away from work. But what should you do when you get into a... ❯❯❯

Divorce can be a process that is quite overwhelming. After some good times and some bad times, you and your mate decide to end the marriage. You may think that this is the end of it, however, everything will come back to mind once you are in court. Once again, the pressure of a divorce may overwhelm both of you. It is true that a divorce can be difficult. Nevertheless, there are ways to make it... ❯❯❯

What is personal injury law?

Personal injury law covers the area of law which is based on the accidental harm taken by the negligent actions of others. As the law states, the victims’ loss should be compensated by the liable party if the requirements are met. While these laws support the victims of accidental harm, the defendant's responsibilities and their commitment to duties will also be examined as liability occurs... ❯❯❯

Duties are what keep the public in order. Imagine traffic without any rules, lights, limits and regulations. Drivers would act selfishly and without valuing others. Let’s be honest. The fear of being fined is a method that stops many from behaving negligently. Then, imagine the same situation in the workplace. Probably, the community wouldn’t handle the conditions at work as a... ❯❯❯