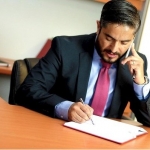 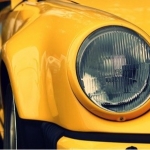 In Canada, assault charges involve the use of force against an individual and can even include threatening to use force. These cases can include pushing, hitting or poking or even a simple gesture implying harm with no physical contact. If it makes the other person feel in danger, there could be a case for assault. Domestic assault is a unique charge that alleges force was used on someone in the... ❯❯❯

There is no Simple Accident: 5 Reasons You Should Hire a Lawyer to Handle Your Car Accident Case

Being involved in a car accident is a distressing time, whether it was through no fault of your own or not. Knowing whether you are entitled to compensation is probably the last thing on your mind as you try to piece together the events that led to the collision. Nevertheless, even if the accident is a straightforward, open and shut case, you’ll need to hire a lawyer or accident attorney to... ❯❯❯

Legal Considerations to Make About Renting a Room in Your Home

Renting out a spare room in your home is a great way to bring in extra income while providing someone with a place to live. Before you proceed, it’s a good idea to talk with a legal expert like Suzzanne Uhland so you know just what you’re getting into and what you should think about from a legal POV. Familiarize Yourself With the Laws in Your Area Do yourself a favor and find out... ❯❯❯

Some Common Sources of Asbestos Exposure

The word “asbestos” refers to six minerals with thin, long fibers. These minerals come from soil and rocks. This sounds harmless enough, but asbestos can cause a multitude of health issues, some of which can be fatal. While it is most famous for causing mesothelioma, a rare and aggressive form of cancer, it also causes many cases of lung cancer and a variety of other health issues. ... ❯❯❯

Professions at Risk for Asbestos Exposure

Asbestos exposure can be deadly. The tiny, long fibers that make up asbestos can stay in the lungs for years after being inhaled. These fibers are the only known cause of mesothelioma, a rare but deadly cancer, and they can cause other serious illnesses as well. Unfortunately, members of certain professions are at a high risk for asbestos exposure. Because of this, members of these professions... ❯❯❯