Why DUIs Affect More Than Those Drinking 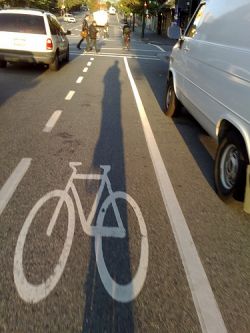 Most people that hear DUI immediately think that a person was driving under the influence of alcohol.  While most of the DUI convictions made by the police are related to the abuse of alcohol, an increasing concern is people abusing prescription and other forms of drugs and driving as well.  The part that concerns authorities the most is the inability to detect these types of drugs and prove a degree of impairment caused by them that a court of law can recognize.  Additionally, there are many people that use these drugs every single day and drive on them.  Medications impair each person in a unique way, and it is important to understand and recognize the effects they can have to prevent a wreck or unsafe driving.

The main thing an individual will have trouble with when on any type of medication is their ability to focus.  While some medications’ specific purpose is to enhance concentration on things, they can have severe adverse effects when an individual first begins taking them that must be acclimated to before driving.  These medications also have a knack of helping an individual focus on the wrong things.  For example, someone can be driving down the road, but be far too focused on an idea they have instead of the road in front of them.  Most medications require a trial period before one drives on them, but medications such as painkillers will likely help an individual be okay enough to drive while using them.

How Fast Is Your Reaction Time?

Reaction time is also a big thing that most medications take away from someone driving.  Most areas require a quick reaction time to avoid accidents, and in many cases, medications will cut this down a bit.  Many people will end up getting into accidents before they even realize it because their reaction time is so hindered, and as such, driving should be avoided at all costs until the person feels normal enough to do so.  A good way to test things out is to do daily activities and see if one can perform them as well and feel the same way about them as before.  If it takes someone 30 minutes to do a task that normally takes 10, driving is simply not an option.

If someone is pulled over and arrested for driving while on medications, it is important to immediately call a local qualified Orange County DUI lawyer.  Since the technology that tests for DUIs is focused on alcohol, many cases end up better for the individual.  An experienced DUI lawyer in Southern California can also help the individual get on track for a safer future by providing some foundation for being more responsible with their medications.

Kelle Parker is a DUI lawyer counsel in OC who has been qualified to administer Standardized Field Sobriety Tests by the National Highway Traffic and Safety Administration. She has been recognized as one of the top DUI lawyers in the Orange County and often appears on the local news as an expert guest.