Photo by Skitterphoto on Pexels

There are many instances in which the law may not be able to fully remedy the harm caused by a company or individual adequately. For example, a person whom a product defect has harmed may only be entitled to compensation proportional to their losses. Many other harms can arise from corporate misconduct, such as discrimination, fraud, or false advertising. In such cases, it may make sense for many people who have been similarly harmed to join together in a class-action lawsuit.

What are Class Actions Lawsuits

A class-action lawsuit is a legal proceeding in which a series of plaintiffs, all members of the same class, come together to seek compensation. This process is known as mass litigation or collective action. The ability to bring a class action allows plaintiffs to obtain an award based on the aggregate of their damages, and maybe more than would have been possible if they had each processed individually.

A class-action lawsuit is often brought against a company/entity that has caused the same harm to many plaintiffs. However, one of the most significant drawbacks of this method is that all plaintiffs have to wait months and even years until they receive a verdict and an award. Moreover, even if they successfully bring a case, some may not collect much in damages. Therefore, it would be best to have a class action lawsuit attorney review your case to discuss your rights, legal options, expectations, settlement, etc.

Now, let’s see some of the most common types of lawsuits people bring.

In a class-action lawsuit based on a contract, individual parties may argue that they have been harmed by an implied or express contract breach. There is no need to show that the company or individual has engaged in deceptive practices or misrepresentation in these cases. The fact that the class was hired or agreed with the company establishes that you created a contract.

In a class-action lawsuit based on a breach of warranty, a plaintiff may seek redress for damages related to the cost of repair or replacement. These cases typically involve a defective product.

A class-action lawsuit based on consumer protection claims that a company engaged in fraudulent or deceptive business practices, such as false advertising. These cases are primarily responsible for creating the negative reputation that some companies have among public members.

How Does Class Actions Lawsuit Work

To file a class-action lawsuit, a group of people must have suffered the same damages a defendant has caused. Some people sue a company individually for negligence, while others form a class, hire a law firm, and begin a class-action proceeding. For example, if two different people purchased a product that was later recalled for defects, they may join together in a class-action lawsuit against the manufacturer.

There are three steps necessary to file a class-action lawsuit. Each can be done online and will take less than a half-hour.

If you have been affected by a company's misconduct, you must file a formal complaint within the specified period. Pointing the complaint should be done through the United States District Court for your county. You may complete this process online if you live in a central metropolitan area. You will need to have your name, address, and email address on file with the court to file online.

Once you have filed your formal complaint, you must file proof of claim to initiate the lawsuit. You may make these filings through an official website or mail - hard copies. Once all of the documents founding your claim have been entered into the system, the next step is to select a representative for your case.

3: Filing the Proof of Service

Depending on the state of your lawsuit, it might not begin until you show proof of service. Have an attorney supervise and manage it as many things depend on its correctness and timely filing.

Once all of the paperwork has been filed with the court, officials must hold a hearing for the case to move forward. You may do this in person at a court hearing or video conference. However, if you do not attend this hearing, the case may be dismissed.

The ability to join together in the pursuit of obtaining justice is a valuable right that each person possesses, but only in certain circumstances. For example, to bring a class action suit, multiple people must be affected in the same way. Because of this and the potentially high costs of building an individual case, it is essential to consider whether joining together as a potential plaintiff makes sense for you. 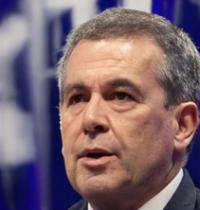 With a law degree under his belt, Mark Scott understood very early that law communication was a relatively neglected area. He decided to help people by “translating” the language and offering information and advice in a clear, useful, and actionable manner. For this reason, instead of finding him in court, you will most likely find his name online, where he is very active and thriving as a legal columnist. His part of making the world a better place is to make the law a less convoluted maze. He aims to make it easier for people to understand when and how to seek legal counsel, how to proceed in a significant number of legal matters, and to find the proper resources so they can stand up for their rights.