The Top 7 Common Reasons Couples Get A Divorce

Marriages are an exciting beginning for all couples. However, the journey down the line of marriage can sometimes get rocky, then cracks begin to form. When the cracks in a marriage cannot be mended, divorce is inevitable.

The peculiarities in divorce cases vary. These peculiarities have resulted in inquisitions into what causes divorces. The most common reasons for divorces are examined below:

Infidelity is a major cause of breakage in marriages. Here, either spouse engages in sexual relations with another individual. Infidelity can cause divorce in the short term or the long term.

The short term may be reflected in a spouse finding out about a cheating spouse, and the long term is when facts about an otherwise forgotten affair with a partner surface. Regardless of how it plays out, the effects of infidelity are far-reaching and often lead to a divorce. Reasons for infidelity might include sexual incompatibility with a spouse and anger, among others.

A lack of intimacy can be evidenced emotionally and sexually. Marriage is meant for intimacy at both levels. In a healthy marriage, both partners are an effective support system for themselves. Where this support system is faulty, the marriage begins to fall apart.

A lack of intimacy festers when a spouse doesn’t give enough attention to the other party or ignores their sexual needs. The lack of intimacy can then translate to other causes of divorce, such as infidelity. A partner who can’t continue to hold on to a marriage where there is a lack of intimacy then proceeds to file for divorce. 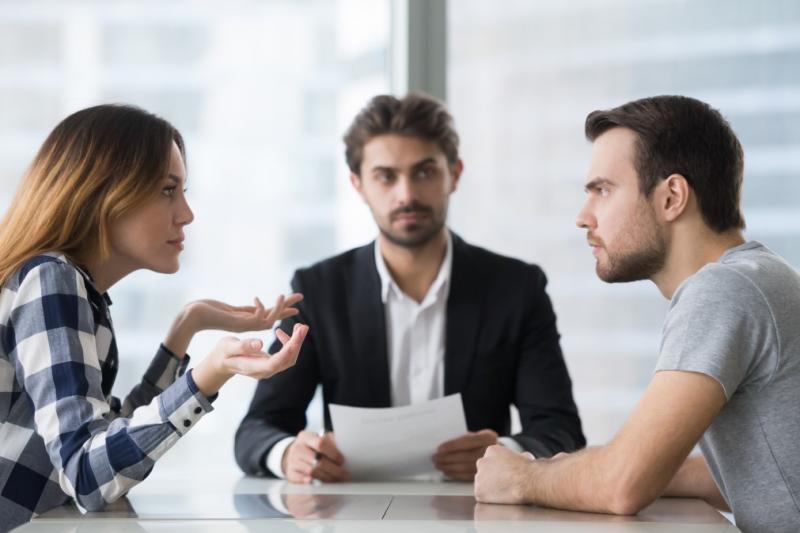 Money issues in a marriage can ultimately result in a divorce. It’s believed that money changes people. Money has surfaced as the root cause behind numerous marriages in the following ways:

An abusive spouse is a significant reason why a spouse might opt out of a marriage. This particular reason is often the last resort for many partners. This is because abusive tendencies in partners can be overlooked at first. Also, when domestic abuse starts, the abusive partner is often quick to apologize. However, as time goes on, the trait might worsen.

The main reason why partners are averse of abusive partners and seek a divorce is typically the threat to life. Abusiveness can extend beyond the partner to family members, making it a very justifiable reason to file for divorce.

Addiction can cause marriages to split. Addictions often degenerate to the extent of putting financial strains on the family, as well as develop a lack of attention towards loved ones and overall a lack of a sense of direction. A spouse seeing a partner degenerate so badly might offer to help with therapy consultations, rehab, and occasional reprimands.

Addictions might be very difficult to break, making the other partner pull out after trying all they could to help, and the partner isn’t yielding. It even gets worse when the partner isn’t honest about their addictions. Addictions are widespread, including gambling, pornography, and sports.

Rushed marriages are another reason why many marriages split. Rushed marriages can be a result of marrying on a hunch or being too young. Either instance comes with a high level of complexities. Thus, while partners came into a marriage with such excitement and couldn’t wait, they are stunned to find that, in reality, marriage is more than it seems.

This reality might dawn on couples a bit down the line at the point of making critical decisions on life, finances, and family. Where things can’t be salvaged, both partners may opt for a mutual divorce.

There isn’t a good marriage that lacks proper communication. In marriages where there is a huge communication gap, divorce is bound to occur. Communication in marriage, just as in any case, is a two-way thing. There is always a speaker and a responder in each communication circle. When one party can’t perform the role of listening or speaking correctly, the separation between couples begins to widen.

Unhealthy methods of communication include yelling, lack of transparency, being abusive, and not actively listening.

Divorce can be an offshoot of multiple reasons, including infidelity, incompatibility, lack of communication, money issues, domestic abuse, addiction, and rushed marriages. Either one or more factors can combine to produce an overall result of divorce.

Divorce cases are meant to be mediated by divorce lawyers to avoid the emotional and psychological toll on the persons involved. Nonetheless, it is a consensus that divorces are generally undesirable occurrences.