Public Transportation and Disorderly Conduct: What Happens If I Behave Badly on a Flight?

Stories of unruly airline passenger behavior have seemingly been all over the news lately. Statistically, these incidents are quite rare. But they are very disturbing when they happen. Such behavior has been a problem since the dawn of commercial aviation. Frankly, if I was stuck on an airplane during a violent electrical storm, I might not react like this, but I would be extremely edgy.

Today, pretty much every such incident ends up making the rounds among millions of social media users. And, for every action, there is an equal and opposite reaction. In some cases, that reaction could be rather drastic. Yet for the most part, airlines are not protecting passengers from danger when they react harshly. They are protecting themselves from potential civil liability.

Other parts of federal law seem to indicate that airlines can make rules which regulate passenger actions. Passenger status rules, like barring people because of their national origin, are over the line.

What about the possible consequences? Once again, the consensus seems to be that one drunk and disorderly-type incident could lead to removal from the plane or airport. However, as long as it doesn’t happen again, this random miscreant may fly again. That flight might just need to be on a different airline.

The rules are different if passenger safety is in jeopardy. Under 49 U.S. Code 44902, an airline “may refuse to transport a passenger or property the carrier decides is, or might be, inimical to safety.” In this area, courts are more willing to enforce a permanent ban. Once a safety risk, always a safety risk, as far as the Federal Aviation Administration is concerned.

There is a very fine line between drunk and disorderly and threatening passenger safety. A recent incident aboard a Delta flight from Los Angeles to New York is a good example. About halfway through the flight, the pilot diverted the plane to Detroit after an intoxicated passenger supposedly became a “threat.”

Can this passenger fly again? Maybe. Did the passenger have a few too many and become unruly, or is the passenger a legitimate safety threat? Usually, someone like a Minnesota criminal defense lawyer must sort through these issues.

We mentioned that airlines cannot exclude people based on a status, like national origin. But what if the person’s national origin could be a possible security threat? Shortly after 9/11, the government made a security no-fly list. Maybe investigators closely looked at a person’s activities before they placed him/her on the list. Then again, maybe they just looked at the person’s passport.

Despite what TV commercials imply, most airlines care very little about passenger comfort and safety, as long as they keep flying. If safety issues threaten corporate profits, that’s another story.

Legally, airlines and other common carriers have a duty to keep everyone on board safe. At a minimum, this duty means addressing safety hazards. A passenger with a history of unruly or unsafe behavior could fall into this category.

The duty varies in different states. Generally, paying passengers are invitees. They have permission to be on the plane and, since they bought tickets, their presence benefits the airline. As a result, the duty of care is usually very high.

Knowledge of the hazard, which is another element in a civil claim, is usually straightforward in these situations. If Tim had a history of unruly behavior on another airline, there might be no knowledge. But if Tim had a history of unsafe behavior, his name was probably in a federal database. Furthermore, when passengers become disruptive, passengers normally call for assistance.

The lower burden of proof sometimes comes into play in these cases. Criminal court prosecutors must prove guilt beyond a reasonable doubt. But civil court plaintiffs must only prove facts, like knowledge, by a preponderance of the evidence, or more likely than not. 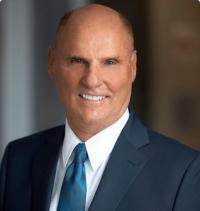 Gerald Miller is an attorney in Gerald Miller, P.A., a Minnesota criminal defense firm. In addition to airline no-flight defense, Gerald routinely handles DWIs and other serious criminal offenses. He is a widely respected attorney who knows what it takes to beat criminal charges in court. Click here for more information.