A Guide to Intellectual Property Rights 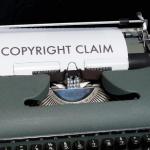 Intellectual property rights (IPRs) are legal rights given to creators of original works such as inventions, literary and artistic works, designs and scientific developments. These creations of the mind are then protected from being used by others without the creator’s permission. It is important to establish rightful ownership of your creations as a business in order to prevent your work... ❯❯❯

3 Tips for Navigating a Family Business and Divorce 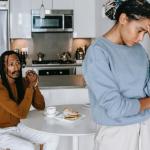 It was nineteen ninety-seven, and Karen Soh was in a difficult position. Her marriage to her husband, Steven, was on the rocks. She knew that it was only a matter of time before one of them asked for a divorce. She had thought about asking for one herself a number of times, but one thing kept holding her back. It wasn’t the children, little Kit and Michael. Although she knew it would be... ❯❯❯

Using children as weapons of war We often think of parental alienation as a post-relationship phenomenon. In fact, it’s something that happens within the context of on-going relationships every bit as much as it happens after a relationship ends. In either case, it is a manufactured manipulation that hurts everyone—except, of course, the alienator—from the abused partner to the... ❯❯❯

How to Beat Theft or Fraud Charges in New Jersey

Can You Get a Problematic Vehicle Replaced?

A considerable number of vehicles turn out to be highly problematic, and these are often called “lemons.” Problematic cars can include new or used vehicles acquired from dealers or manufacturers. The typical defects of problematic vehicles include brake failure, automatic transmission failure, engine breakdown, stalling, and more. California has played its part in alleviating the cost... ❯❯❯ 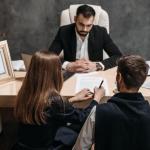 If you live in the Lebanon, Ohio area, you might have a hard time finding an attorney for you.  There’s no question that divorces are more common today than they have been in the past, since they are easier to get.  There are not nearly as many restrictions on them. This means that more people need attorneys to represent them in these cases than ever.  Locating one that... ❯❯❯

How to Pay Crypto Tax 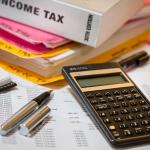 As cryptocurrencies are becoming increasingly widespread in the U.S. (and worldwide), the IRS is beginning to take the matter of crypto tax very seriously. In the previous years, crypto investors might have been able to get away with failing to report their crypto-related taxes. From now on, however, all investors will need to approach their taxpaying duties diligently, or else risk invoking the... ❯❯❯ 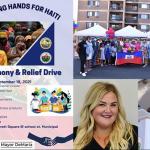 Please tell me about yourself, your interests, and what you’re passionate about. My name is Jean Daniel. I am a hardworking young man who loves life and People. I was born and raised in Everett, Massachusetts. My passions are God, family, and working in youth sports in my community. Tell me about how you met and began interacting with Deanna Deveney? I began interacting with Deanna in... ❯❯❯

How to Succeed as a Drunk Driving Defense Attorney 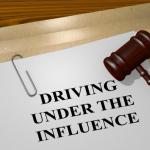 Did you know that approximately 30% of all traffic crash fatalities in America involve drunk drivers?  Drunk driving defense attorneys have a lot of competition. And because of that, it can be tough to make a name for yourself in this field. So you might be thinking, 'how do I stand out and succeed as a drunk driving defense attorney?' Well, don't worry. Keep reading and follow... ❯❯❯

Repeated Car Problems? Legal Rights You May Not Know That You Have

Are you have a ton of issues with your car?  Good used cars are hard to find. When you end up with a lemon, it can feel like a hopeless situation. Most of us need a car to get around and if you can't afford to keep getting it fixed, you've only got a few options. One of those options, however, is taking legal action. In this post, we're going to tell you about some of the legal rights... ❯❯❯