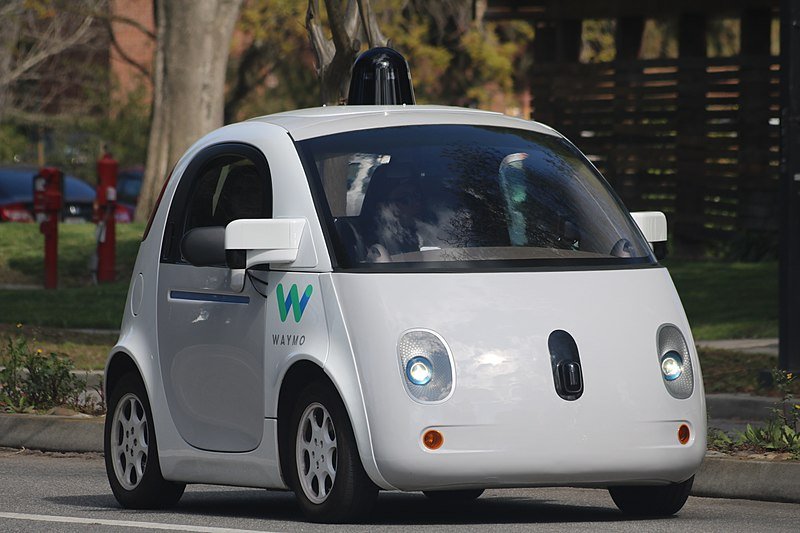 The concept of driverless cars is perhaps the most exciting technological breakthrough of the 21st century. For decades, this idea was merely a fantasy out of a science fiction novel. Now, we are on the cusp of seeing autonomous cars become a full-blown reality.

While many dream about the possibility of having a computer drive them from A to B while they watch TV, browse the web, sip a cocktail, etc., it’s easy to overlook the massive ripple effect self-driving cars will have on the world. With over 1 billion cars on the road, perhaps the biggest question that remains is how the legal spectrum will be impacted. Being as how driverless cars are still very much in the prototype stage, the answer to this is murky at best.

However, as of now, there are several types of laws that will likely see a fair share of revisions as this trend begins to take over the roads. Here are three of the big ones.

The real estate industry is estimated to undergo the biggest disruption as driverless cars become widespread. The strong connection between transportation and property goes back to the beginning of human civilization. Factors like proximity to water sources, rivers, canals, towns, railways, etc., have always had a significant influence on property value.

Nowadays, being close to school, work, and transit hubs rank among the top factors in how people choose property. When you add autonomous cars into the mix, the idea of stress-free commuting and parking will surely be a game changer for the real estate market. Think about it--if you could spend the first part of your day having a computer battle traffic for you, would a longer commute really be so bad? You could use that time to eat a nice breakfast, peacefully drink your coffee, watch TV, or even go back to sleep!

Over time, the importance of location will most likely become less of a factor in how people choose homes, businesses choose offices, industries choose warehouses, and so on. Areas that are further from civilization might start to seem more appealing to some people. In terms of real estate laws, this would cause a massive shakeup to how certain areas are zoned for residential and commercial use, the taxes involved, estate planning, and much more.

While the exact alterations to real estate laws are still very unclear, it’s almost a guarantee that this industry will see massive changes as the streets fill up with autonomous vehicles.

Another huge concept driverless cars will bring about is how certain car parts are viewed. As it stands now, the most important components in a vehicle are things like the engine, transmission, brakes, etc. These are known as “hardware” systems. While these will always be vital parts of any vehicle, software systems like GPS configuration, location tracking, and sensors will be crucial to the functionality of self-driving cars.

Lemon law was written in the 1970’s to primarily cover the hardware systems of vehicles. For those who aren’t familiar, lemon law is American state laws that work to compensate buyers of vehicles and other consumer goods that repeatedly fail to conform to the applicable warranties. In other words, these laws hold auto manufacturers accountable for defective products. In many cases, these hardware problems should be resolved by the average car mechanic. However, solving software problems will be a bit more complex. Moreover, any software malfunction in an autonomous car can easily be the difference between life and death for the passenger.

That being said, it’s very likely that we will see state lemon laws undergo a makeover of sorts to factor in faulty software systems. In fact, California lemon law attorneys have already dealt with software-related claims - Tesla recently dealt with a lemon law case involving glitches in the self-parking feature.

Thousands of people are injured every year by other drivers. These numbers have increased significantly in the past decade as technology provides more and more distractions. Fortunately, driverless cars could significantly reduce these numbers. Drivers wouldn’t have to worry about taking their eyes off the road to change the radio, set a GPS, talk on the phone, etc. Furthermore, this new technology would do wonders to cut down on driving under the influence. These are some of the major selling points of autonomous vehicles.

Now, as collision-related personal injury claims stemming from driver error decline, the potential for class action lawsuits against major car and software companies will likely increase. In March of 2018, a 49-year old woman was hit and killed by one of Uber’s driverless cars in Tempe, Arizona. The report revealed that the car was traveling at 40mph and did not appear to slow down at all before the impact. Cases like this are prompting government legislators to work on regulations that keep up with the changing auto industry.

If there is one guarantee right now, it’s that driverless cars are going to play a major role in the future of transportation. With that comes big changes to the current laws – both in and outside of the transportation industry. While the ripple effect of driverless cars will certainly be huge, it remains to be seen exactly how far it will disrupt the daily status quo.