At the time, Pitt's lawyer, Lance Spiegel, spoke out against Jolie's claims about him not paying child support, calling the claims “unnecessary” and “a thinly veiled effort to manipulate media coverage," according to People. In response, Jolie's lawyer ... (Dec 1, 2018, Fox News)
Michael Cohen, Ex-Trump Lawyer, Asks US Judge for Leniency

Michael D. Cohen, President Trump's former personal lawyer who has twice pleaded guilty to crimes that have implicated Mr. Trump in illegal or questionable conduct, asked a federal judge late Friday night that he be allowed to avoid prison when he is ... (Dec 1, 2018, New York Times)
Lawyers for former Trump lawyer Michael Cohen asks for no prison time

In their request, the lawyers included dozens of letters of support from Cohen's friends and family, while noting the unwanted media attention foisted upon them. Since his plea agreement, Cohen has assisted federal prosecutors, including Special ... (Dec 1, 2018, Fox News)
Judge officially sets Apple v Qualcomm trial date as Apple lawyer refutes possibility of settlement

Earlier this week, Qualcomm CEO Steve Mollenkopf made headlines when he said his company was “on the doorstep of a resolution” with Apple, implying a settlement was possible. Now, an Apple attorney is refuting that notion, saying the two companies ... (Dec 1, 2018, 9to5Mac)
LA man accused of posing as immigration lawyer, defrauding Santa Maria farmworkers

A Los Angeles County businessman has been accused of pretending to be an immigration attorney, illegally providing services to farmworkers in Santa Maria while charging them thousands of dollars. The State Bar of California announced Friday that it had ... (Dec 1, 2018, The San Luis Obispo Tribune)
Here's a look at Michael Cohen's allegations about President Donald Trump

Alan Dershowitz, a prominent legal analyst who frequently defends President Trump on TV, was part of a high-powered legal team that secured a remarkably lenient 13-month county-jail sentence for well-connected financier Jeffrey Epstein in 2008, the ... (Dec 3, 2018, The Week Magazine)
A divorce lawyer's guide to staying together

If you want to know why marriages break apart, and what it looks like when they do, talk to a divorce lawyer. Better yet, read a book by a divorce lawyer about why people divorce. Luckily for you, that book exists, and I decided to interview the author ... (Dec 3, 2018, Vox)
Australian defence lawyer named as police informant

The convictions of some of Australia's most high-profile criminals have been cast into doubt after a lawyer was revealed to be a police informant. The defence barrister, who represented notorious organised crime figures, gave information to Victoria ... (Dec 3, 2018, BBC News)
Trump Again Blasts Michael Cohen, the Former Lawyer Who Broke With Him

WASHINGTON—President Trump on Monday called for his former personal attorney to serve a “full and complete” prison sentence, days after Michael Cohen's lawyers sought to spare their client time behind bars for cooperating with federal investigators, ... (Dec 3, 2018, Wall Street Journal)
Providence lawyer arrested, accused of spitting at man in his office

PROVIDENCE — A bad relationship between two Providence lawyers is blamed for accusations that one assaulted the other's father. Providence lawyer Stephen J. Dennis was arrested Monday on a charge of shoving and spitting on the father of lawyer ... (Dec 3, 2018, The Providence Journal)
Avenatti and Cohen's lawyer feud at courthouse

The chief lawyer for the state Senate Republicans was fired Monday after admitting that he removed tens of thousands of dollars without authorization from the Senate Republican campaign fund. Michael J. Cronin “informed me that as sole signatory of the ... (Dec 3, 2018, Hartford Courant)
Watchdog files lawsuit seeking DOJ documents on meetings between top FBI lawyer and DNC lawyers

A conservative watchdog group announced Monday that it is suing the Justice Department in an effort to obtain documents related to all 2016 meetings between former FBI general counsel James Baker and lawyers who had been hired by the Democratic ... (Dec 3, 2018, Washington Examiner)
Seekonk lawyer suspended in RI for failing to comply with disciplinary order
PROVIDENCE — The state Supreme Court on Monday suspended a Seekonk lawyer's license to practice law in Rhode Island for 30 days after she failed to comply with a previous order that she pay restitution and perform community service. The high court ... (Dec 4, 2018, The Providence Journal)
Comey lawyer goads Trey Gowdy: He 'came up with nothing' in Benghazi investigation

A lawyer representing former FBI Director James Comey took a rhetorical shot at outgoing Rep. Trey Gowdy, R-S.C., during an interview Monday evening. David Kelly made an appearance on MSNBC to discuss how his client, Comey, reached a deal with ... (Dec 4, 2018, Washington Examiner)
Ignorance Is Not Bliss: Text A Lawyer

My idea was Text A Lawyer, a pair of apps to connect clients to lawyers for on-demand inquiries. I created a rudimentary clickable prototype. Professor Eicks encouraged me to move forward with the idea but I let it sit initially. In lieu of my last ... (Dec 4, 2018, Forbes)
Stormy Daniels' lawyer Michael Avenatti announces he won't run for president, cites family

The statement continued, "I am now admitting that I was wrong and that the things I said to try to harm Mr. Edwards's reputation as a trial lawyer were false. I sincerely apologize for the false and hurtful allegations I made and hope some forgiveness ... (Dec 4, 2018, Washington Examiner)
Lawyer, Wife Convicted in Extortion Plot Against Businesses

A California attorney and his wife were convicted of engaging in a scheme to extort minority, immigrant-owned businesses. Rogelio Morales and spouse Mireya Arias, both of Riverside, were convicted Monday on several charges, including extortion, ... (Dec 4, 2018, NBC Southern California)
Francis J. Higgins, lawyer with a 'dominant, overpowering intellect,' dead at 81

Francis J. “Frank” Higgins went from being valedictorian at Fenwick High School in Oak Park to straight-A student at the College of the Holy Cross to Harvard Law School. Then, for more than half a century, he was a litigator in Chicago with the law ... (Dec 4, 2018, Chicago Sun-Times)
Roger Stone Refuses To Provide Documents, Interview With Judiciary Committee: Lawyer

Roger Stone, a longtime associate and friend of President Donald Trump, said through his lawyer Tuesday that he would not cooperate with the Senate Judiciary's request for documents or an interview. Stone also declined to provide lawmakers with ... (Dec 4, 2018, HuffPost)
Lawyer Says Man Accused In McDonald's Incident 'Acted In Self-Defense'

A lawyer is speaking on the behalf of the man accused of pointing a gun at a group of Somali teenagers at an Eden Prairie McDonald's, Amelia Santaniello reports (0:36). WCCO 4 News At 10 - December 4, 2018 ... (Dec 5, 2018, WCCO | CBS Minnesota)
Civil rights activist Dean Robb 'a people's lawyer'

When the lawyers for Michael Cohen—Trump's former lawyer and so-called fixer—filed a sentencing submission last week (and added to the docket again Wednesday) they mentioned the rapper formally known Earl Simmons in an effort to get a reduced ... (Dec 5, 2018, Newsweek)
Lawyer for family of slain Italian warns Egypt suspects
ROME — The lawyer for the family of an Italian researcher tortured and killed in Egypt urged five key Egyptian suspects on Wednesday to come forward and say what they know, and added that many more people are implicated in the slaying. Attorney ... (Dec 5, 2018, Minneapolis Star Tribune)
Judge orders that evidence in Alabama mall shooting get turned over to suspect's lawyer

The Alabama mall shooting case in which police killed an African-American man they mistook for the gunman took a new turn as a judge ordered the release of all evidence to the lawyer for the person whom police now say was the shooter. Jefferson County ... (Dec 5, 2018, NBCNews.com)
Milford lawyer charged with misusing money of dead Holliston client
HOLLISTON – A Milford-based attorney mismanaged his client's money purposely after she died, keeping more than $180,000 meant to go to her estate, authorities said. Harland L. Smith Jr., 64, was released without bail after his Framingham District Court ... (Dec 6, 2018, MetroWest Daily News)
Nxivm lawyer says feds are complaining because defendants won't plead guilty

Brooklyn federal prosecutors have long been aware that Seagram heiress Clare Bronfman is footing the legal bills for her Nxivm cohorts, a new filing charges — they're just throwing a tantrum now because none of the accused sex cultists have pleaded ... (Dec 6, 2018, New York Post)
6.2-carat ring that sent Scottsdale lawyer to prison auctioned off at a discount

A 6.2-carat diamond ring that landed a prominent Scottsdale lawyer in prison sold for $71,000 Wednesday. The ring, which is at the center of a bankruptcy fraud case, sold in a flurry of last-minute bidding that surpassed estimates and prompted multiple ... (Dec 6, 2018, AZCentral.com)
DU hosts Iranian lawyer as speaker • The Duquesne Duke 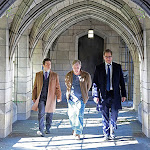 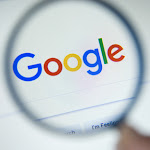